The former Special Prosecutor Martin Amidu has taken on Alban Bagbin over recent comments by the Speaker of Parliament on the floor of the House relative to his experience in Ghanas democracy.

He said Bagbin needs to be told to stop talking down on Ghanaians as though he is a village chief adding that an experienced person will never seek to silence his critics in a constitutional democracy.

He admonished Bagbin to stay off boasting about his credentials and to allow colleagues and others who have known him overtime to do so.

Amidu in his latest epistle titled:’Games in Parliament – The Speaker and the Minority’s Motion of Censure’, said “Ghana counts more learned, erudite, and respected citizens who have by choice not contested to be members of Parliament, have been and are profoundly knowledgeable in parliamentary practice and procedure than Bagbin is or can ever be. This country has had the fortune within the Fourth Republic of seeing learned, erudite, highly respected, and self-effacing Speakers of Parliament who had not served even one day as a Members of Parliament.”

He stated that Bagbin cannot measure himself up to the eminent, respected, and self-effacing Justice D. F. Annan who was the first Speaker of the Fourth Republic for the 1st and 2nd Parliaments even though he is not known to have ever been elected to any Parliament adding that respected and equally self-effacing Mrs. Justice Joyce Bamford Addo was another competent Speaker of Parliament in spite of the fact that she was never an elected Member of Parliament.

Amidu said Justice Annan and Mrs. Justice Bamford Addo exhibited humility and accommodation to criticism from citizens and members of parliament as Speakers of Parliament and never gloated about their abilities.

He, therefore, charged Alban Bagbin to take a lead from his predecessors and maintain his role as an umpire in the affairs of the House and stop acting like a transactional member of the House. 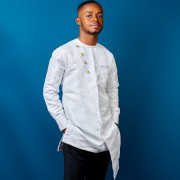